Our Beloved Washburn School Headmaster, Mr. Edward Torres, Will be Retiring After 41 Dedicated Years Within the Field of Education! 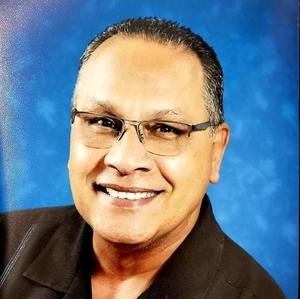 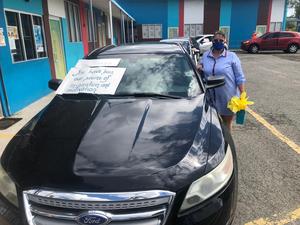 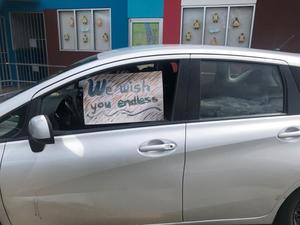 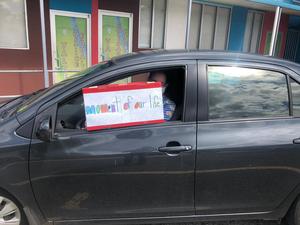 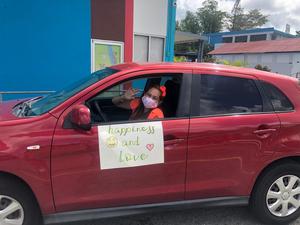 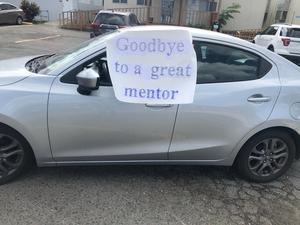 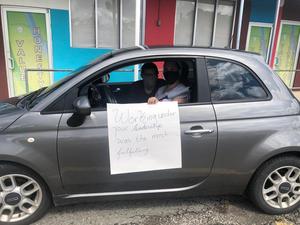 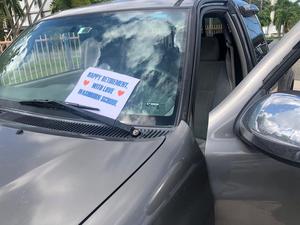 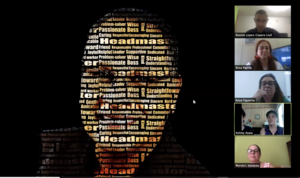 Congratulations on your retirement Mr. Torres. We want to thank him for all the great memories. Your contributions to Washburn School will never be forgotten and you are a fundamental part of our legacy. He was the first Washburn English Program professor back in 2001 when he arrived to Puerto Rico from being a superintendent and principal in Philidelphia and he ended his prestigious career with us as Headmaster and a renowned college professor. What a journey! Happy retirement! Mr Torres stated, “I appreciate your faith and confidence in permitting me to be part of the Washburn School family for two years. I feel blessed for having worked with such devoted administrators, teachers, support staff, students, and parents at an institution with such prestige and integrity. As I retire, I will definitely take with me the unique experiences and remarkable memories that I have had at the Washburn School in Ponce. What better means to conclude my professional path after 41 years in the field of education. Once again, thank you and many blessings to you!”

Our teachers and faculty orchestrated two surprises for him via online video meetings and in a teacher caravan with a beautiful message for him! Mr. Torres has left a legacy behind that will outlast his time at Washburn School. His impact on our organization during a time of transition and loss of our dear founder Dr. Lopez-Cepero was crucial to the growth and improvement of both Washburn School and Washburn English Program during these two years.

Some of the many projects and initiatives Mr. Torres conducted were :

1) Introduced the celebration of Hispanic Heritage Month to the entire school.

4) Presented workshops to teachers and invited external presenters from universities and others to present to teachers, developed evaluation forms for the teachers to provide

5) Brought the project Poetry Out Loud to the school, served as a judge in the school competition

6) Develop writing assessment tools to determine the writing deficiencies of the students at the secondary level ( 7 to 12), administers the assessments myself in a three day period; presented the findings to the staff; encouraged writing across the curriculum as a school-wide approach.

7) Introduced the Financial Literacy elective within the school.

8) Introduced the New Teacher Induction program where new teachers had a mentor; provided orientation and guidance to mentors and mentees

10) Assisted with the transition from face to face instruction to online because of the quarantine; supervised the online classes; provided one-on-one feedback to teachers; provide feedback on modules, protocol online document

These are some of the many initiatives and enrichment projects Mr. Edward Torres was able to provide to Washburn School.

Mr. Torres has been in the field of education for 41 years! He was conferred a Bachelor of Science in Secondary Education with a concentration in English education in 1979 and 21 post-baccalaureate credits in bilingual education (under the Bilingual Education Grant Project) in 1981 both from the Pontifical Catholic University of Puerto Rico. While working in the School District
of Philadelphia, he completed a Master of Arts in Bilingual Bicultural Studies from La Salle University in 1986; a Master’s in Educational Administration from Cheyney University of Pennsylvania in 1994, completing the Secondary Principal Certification Program; and completed the Superintendency Letter of Eligibility Program from Arcadia University in 2000.

He initiated his teaching career in Ponce High School in 1979. In 1983, he relocated to the city where he was born: Philadelphia. He held many full-time positions while he was working for the School District of Philadelphia. He was a bilingual high school teacher, where he taught Spanish as a first and second language, ESL and social studies; ESL middle school teacher, ESL specialist; bilingual personnel recruiter for the Office of Human Resources; Administrative
Assistant to Regional Superintendent; Project Director of the Title VII Bilingual Education Systemic Improvement Program, principal of Kensington High School; and area superintendent of Kensington schools.

Besides those full-time jobs, he held part-time jobs: adjunct professor in
Community College of Philadelphia and Cheyney University’s Graduate School of Education in the Principal Certification Program.

In 2002, he joined the Department of English and Foreign Languages at the Pontifical Catholic University of Puerto Rico in Ponce as a full-time English professor. In 2010, he was ranked as an assistant professor.

He also supervised the English education practicum students in the College of Education besides teaching English in his department. Assistant Professor at the Pontifical Catholic University of Puerto Rico, Ponce Campus. He taught at PUCPR from 2002 to 2018.

After his years with the Catholic University, Mr. Torres worked as a part-time English professor and practicum supervisor at the  InterAmerican University of Puerto Rico. He finished his career as Headmaster and Director of Washburn School and Washburn English Program.

Throughout his professional career, he has been the recipient of various awards and recognitions:

* Outstanding Services to the TRIO Program at PUCPR in the Student Support Services Program and Outstanding Work as Moderator for the English Students Association.

*In 2016, he received the Marie Eloise Lifetime Achievement Award conferred by PR TESOL.

* He ends his career helping put Washburn School on the map as one of the best schools in our region and in Puerto Rico.

He also has held the following positions on the Main Board and Southern Chapter Board of PR TESOL: