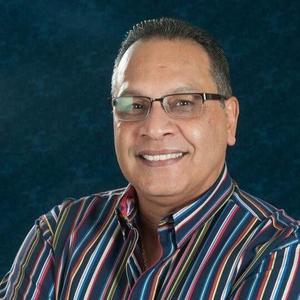 We would like to welcome Professor Edward Torres to the Washburn family! He will be leading our PK-12th grade school and our Conversational English Courses for Adults and Children on Saturdays and the Evenings.
He has been in the field of education for 39 years. Professor Edward Torres was conferred a Bachelor of Science in Secondary Education with a concentration in English education in 1979 and 21 post-baccalaureate credits in bilingual education (under the Bilingual Education Grant Project) in 1981both from the Pontifical Catholic University of Puerto Rico. While working in the School District of Philadelphia, he completed a Master of Arts in Bilingual Bicultural Studies from La Salle University in 1986; a Master’s in Educational Administration from Cheyney University of Pennsylvania in 1994, completing the Secondary Principal Certification Program; and completed the Superintendency Letter of Eligibility Program from Arcadia University in 2000.He initiated his teaching career in Ponce High School in 1979. In 1983, he relocated to the city where he was born: Philadelphia. He held many full-time positions while he was working for the School District of Philadelphia. He was a bilingual high school teacher, where he taught Spanish as a first and second language, ESL and social studies; ESL middle school teacher, ESL specialist; bilingual personnel recruiter for the Office of Human Resources; Administrative Assistant to Regional Superintendent; Project Director of the Title VII Bilingual Education Systemic Improvement Program, principal of Kensington High School; and area superintendent of Kensington schools. Besides those full-time jobs, he held part-time jobs: adjunct professor inCommunity College of Philadelphia and Cheyney University’s Graduate School of Education inthe Principal Certification Program.He is currently teaching at the Inter American University, Ponce Campus. In 2002, he joined the Department of English and Foreign Languages at the Pontifical Catholic University of Puerto Rico in Ponce as a full-time English professor. In 2010, he was ranked as an assistant professor. He also supervised the English education practicum students in the College of Education besides teaching English in his department. He taught at Pontifical Catholic University of Puerto Rico, Ponce Campus from 2002 to 2018. From 2002 to 2006 Professor Torres was a Conversational English Instructor for adults in the evening and Saturday programs in Washburn English Institute.
Throughout his professional career, he has been the recipient of various awards and recognitions: Outstanding Work in the Puerto Rican community given by parents of LULAC; Professional of the Year for the Puerto Rican Week Festival in Philadelphia; Scholarship Award for Graduate Student of the Year for Educational Leadership in Arcadia University; Latino Educator’s Award in Philadelphia given by the Resource Board; Outstanding Services to the TRIO Program at PUCPR in the Student Support Services Program and Outstanding Work as Moderator for the English Students Association. In 2016, he received the Marie Eloise Lifetime Achievement Award conferred by PRTESOL. In 2018, he was awarded the Commitment and Dedication of Service to Students with Disabilities PUCPR, Ponce Campus.
He has been a member of Puerto Rico TESOL since 2005.
He has held the following positions on the Main Board and Southern Chapter Board:
2016, Nominations Chair, Main Board
2015, Immediate Past President, Main Board
2014, President, Main Board
2013, Vice President, Main Board; Immediate Past President in Southern Chapter Board
2012-2011, Southern Chapter President
2010- Vice President, Southern Chapter Board
Published September 10, 2018 Print