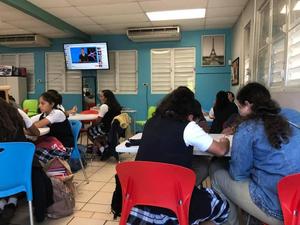 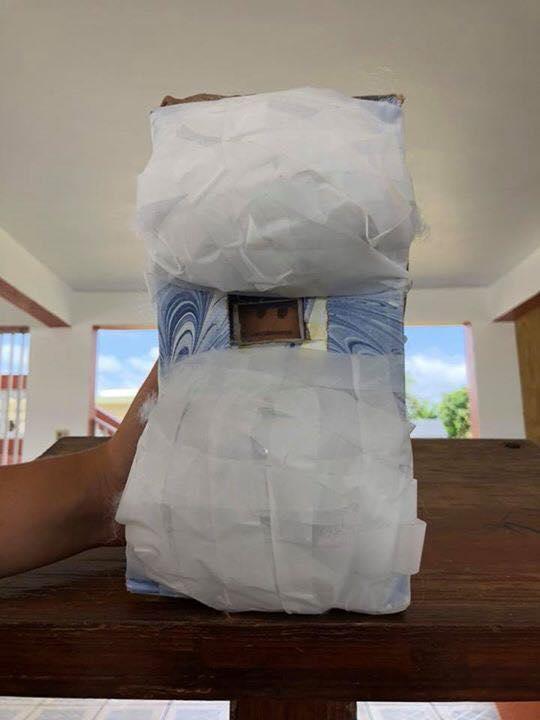 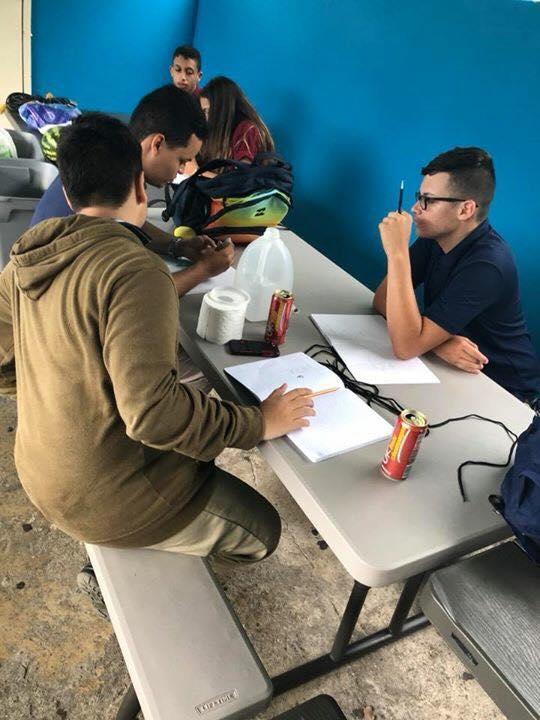 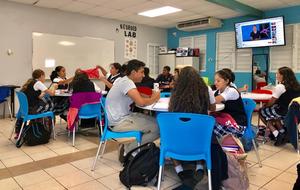 We concluded the Brain 🧠 Safety Challenge / Egg 🥚 Drop! Students found ways to protect the brain from damage by designing and creating a helmet made out of recycled materials. Washburn students from 9th to 12th grade have learned about the complex brain anatomy and each part’s function through active learning! They also have learned about various neurotransmitters and their roles, the long-term effects of concussions, dozens of neurological diseases , the complex functions of the nervous system, and we have introduced simple neuropsychological concepts Brain Safety Challenge : If the brain (egg) was damaged during the impact experiments, students had to write a report about what the “patient” could be experiencing if they had damage in the particular area of the brain identified. In their final report they had to calculate the speed of impact, the height of the fall, and their helmet design measurements in their experiments. While they wrote the report in teams, students had peppermint and lavender aromatherapy to help create calm and focus. Our students also have occasional brain

🧠 and meditation breaks (11th and 12th) during the class to work on their attention levels and mindfulness. We are now entering into the realm of learning about illegal drugs and abused prescription medications. Students are astonished at the devastating effects they have on the brain and body. We are approaching the topic from the neuroscience perspective as well from the general health and awareness standpoint. During the first day of class we learned about the different areas of the nervous systems and its two major divisions ; the central and peripheral nervous system. We proceeded to learn about motor neurons  that carry impulses or commands to muscles and glands and the sensory neuron carries information about the environment to the brain and spinal cord. As we study drugs we will look at their effects on neurotransmitters such as dopamine, and how certain illegal drugs can take control over body movements an other functions.

Washburn high school students were surprised to find out that their own brains are not fully developed.  The rational part of a teen’s brain is not fully developed and won’t be until around age 25. In fact, recent research has found that adult and adolescent brains work differently. Adults think with the prefrontal cortex, the brain’s rational part. This is the part of the brain that responds to situations with good judgment and an awareness of long-term consequences. Teens process information with the amygdala. This is the emotional part in teens brains.

As stated by Jensen (2017), “Brain-based learning has reached the point where it is time to adopt the principles and strategies into your own methods and allow students to benefit from more effective learning and higher achievement.” We hope to continue igniting the passion for this field among our Washburn students.