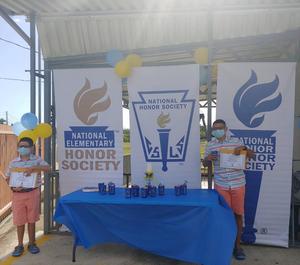 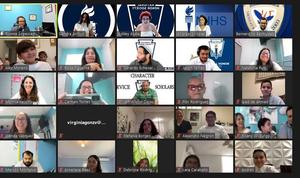 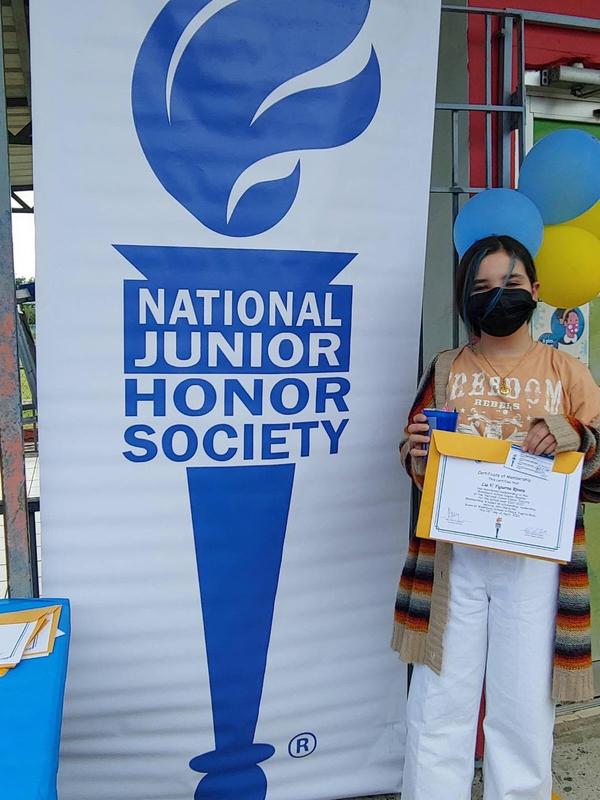 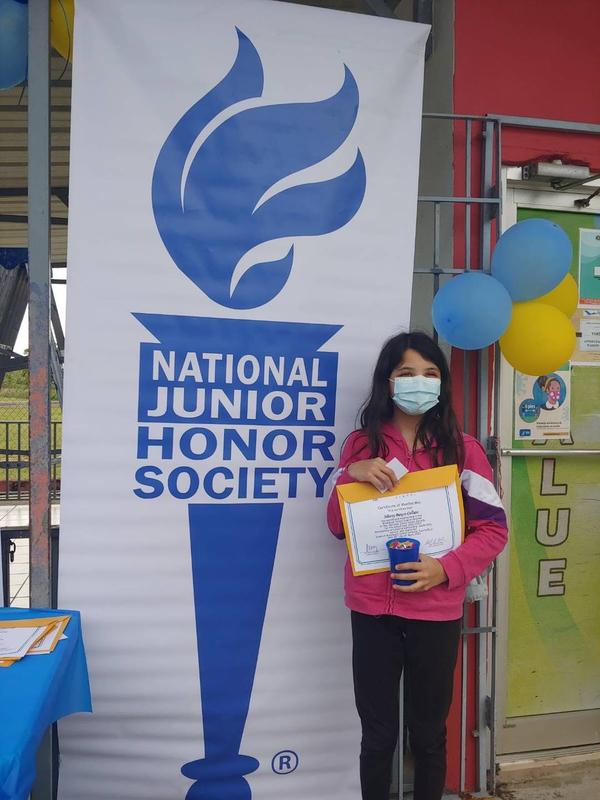 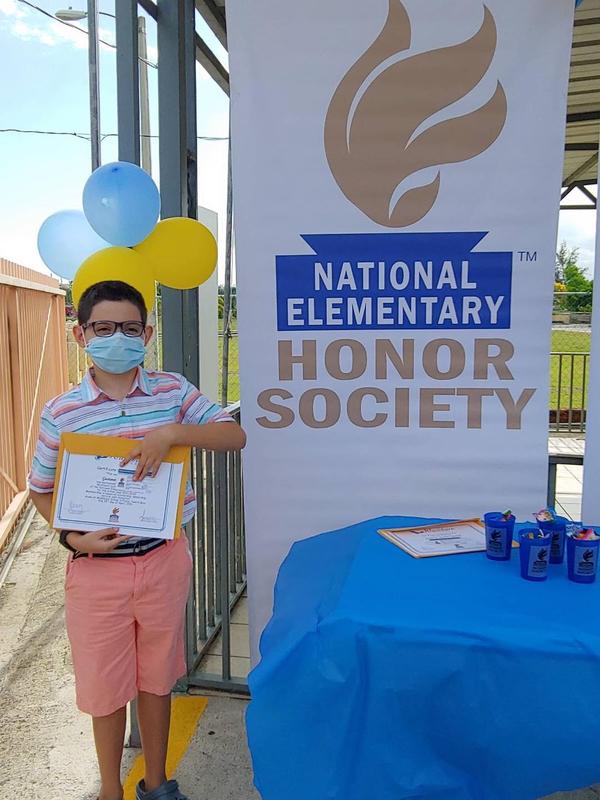 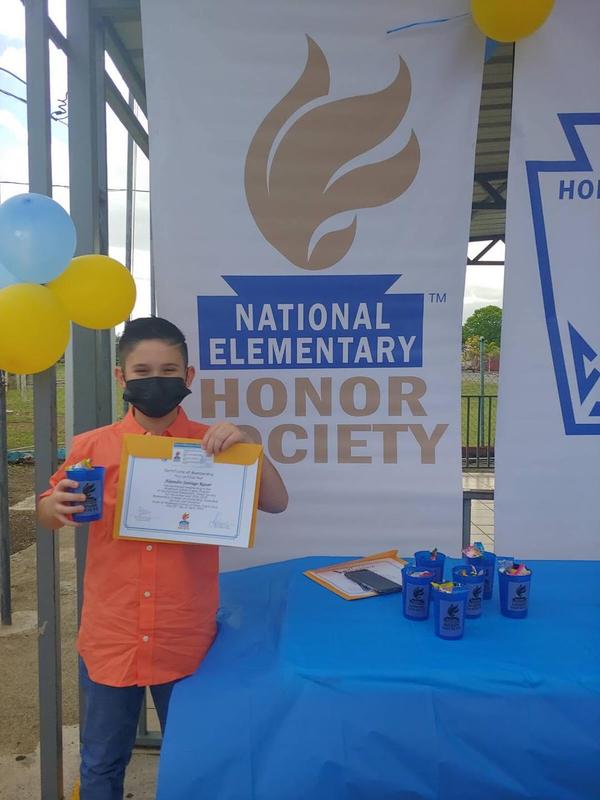 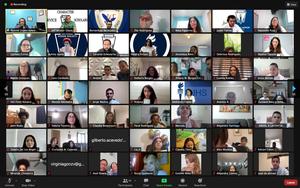 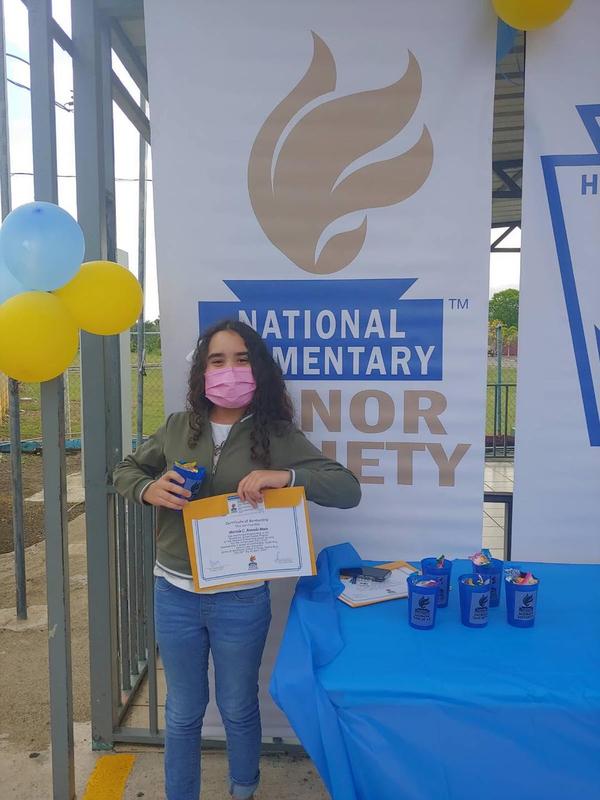 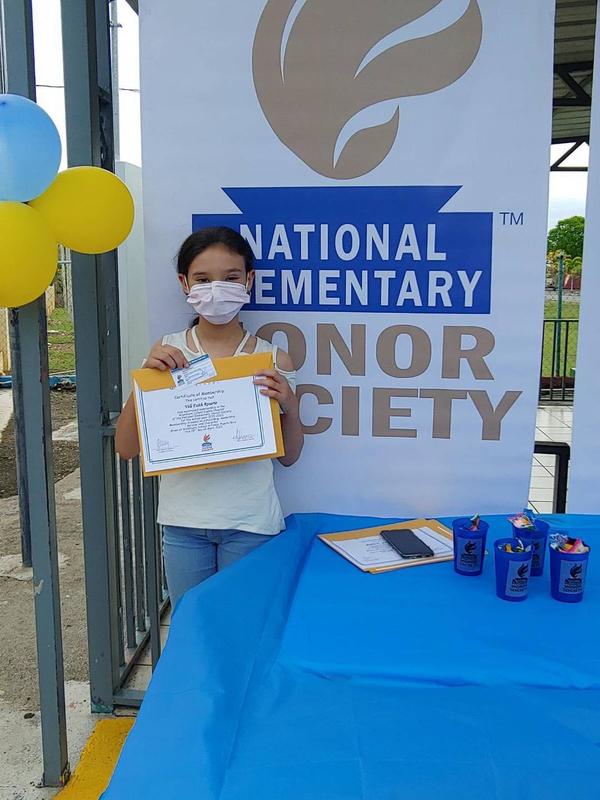 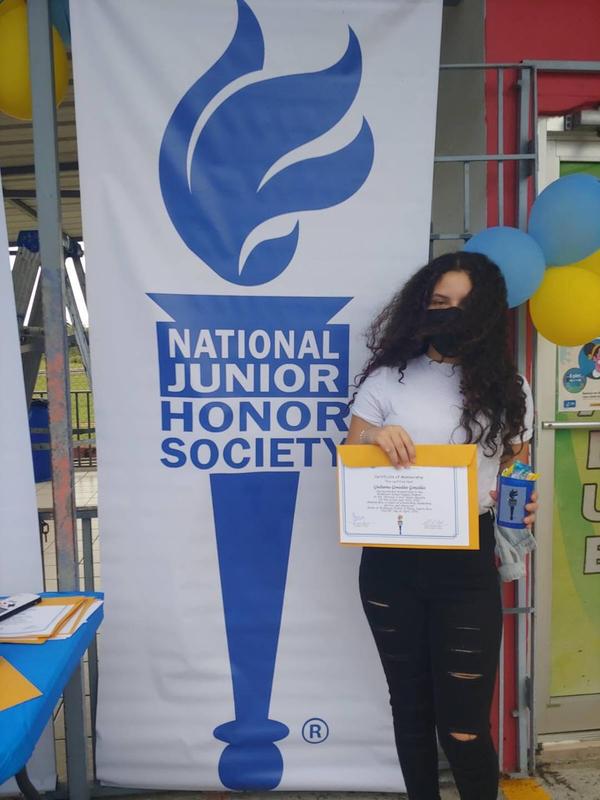 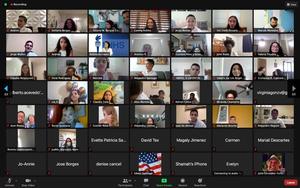 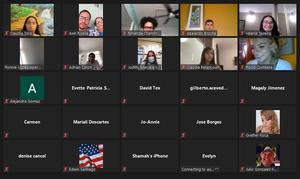 Congratulations to the following students for being selected as new members in National Honor Society based not only on their scholarship (grade point average), but also on leadership, character, and community service • Miranda Chamorro Jiménez
• Sebastián Cruz Torres
• Jahir Rodriguez Morales
• Jorge M. Muñoz Descartes
• Stefania Borges Rivera
• Lara Caraballo Rivera
• Krystal Rodriguez Fuentes
• Yeral Rodriguez López
• Claudia Toro Cruz
• Abelardo Broche Ortiz
• Arantza Rivas Gonzalez
• Valeria P. Texeira Santiago
• Alejandra Gómez Martinez
• Adrian Colón Avilés
Membership in the National Honor Society is one of the highest honors that can be awarded to a student. Our
Eagle chapter of NHS has worked hard to bring the accomplishments of outstanding students to the attention of parents, teachers, sthdents, and the community. Our chapter strives to give practical meaning to the Society’s standards of scholarship, leadership, service, and character. These four ideals have been considered as the basis for your selection. No student is inducted simply because of a high academic average. The National Honor Society strives to recognize the total student—one who excels in all of these areas.
The standards used for your selection were:
Scholarship— 3.5 cumulative GPA
Leadership, service, and character—as demonstrated by activities, teacher evaluations, and committee selection.
Membership, however, is more than an honor. It is an ongoing responsibility and an obligation to continue to demonstrate those outstanding qualities that resulted in your selection.
About NHS
The National Honor Society (NHS) elevates a school’s commitment to the values of scholarship, service, leadership, and character. These four pillars have been associated with membership in the organization since its inception in 1921.
Today, it is estimated that more than one million students participate in NHS activities. NHS chapters are found in all 50 states, US Territories, Canada, and around the world. Chapter membership not only recognizes students for their accomplishments, but challenges them to develop further through active involvement in school activities and community service.
As such, NHS chapters and students are in schools that care not only about student achievement, but also community engagement.
NHS students and their peers volunteer in their communities at the highest rates and make connecting with and serving within the community a priority. The average chapter contributes:
• 1,000 hours of school/community service
• $26,000 in charitable donations
• 1,000 pounds of food to local, state, and national causes
• 100 pints of blood

The National Association of Secondary School Principals (NASSP) officially established NHS in 1921. Though many local and regional honor societies existed prior to 1921, no nationwide organization had been founded. Under the leadership of Dr. Edward Rynearson, principal of the Fifth Avenue High School in Pittsburgh, the organization grew from the original Alpha Chapter at the Fifth Avenue School to more than 1,000 chapters by 1930. Equipped with a constitution, an emblem and motto, and a group of dedicated principals as coordinators, the new NHS organization quickly developed into one of the country’s leading educational groups.